Stand Up for Journalism Campaign

The EFJ Campaign "Stand Up For Journalism" has now become an important annual event for our affiliates in Europe and other regions. For the fifth time, on that day or in the week of the 5th November, journalists across Europe and around the world come together in solidarity to spotlight some of the challenges they face.

This year the EFJ proposes to use the day to highlight the situation of journalists in Turkey as well as the impact of the crisis on public service broadcasting, following a request of the Broadcasting expert group.
However the EFJ is aware that unions face many challenges that may be a priority to them, such as unfair contracts for journalists, precarious working conditions or the situation of freelance journalists.

Unions in Europe and around the world can launch initiatives or highlight a campaign in their countries as part of a worldwide week focusing on issues concerning journalists, including:
• Industrial action such as workplace union meetings on the day/in that week or marches in the street;
• Press conferences on a special theme related to our campaign on press freedom and journalism as a public good;
• Campaign actions, for example against unfair contracts;
• Petitions in newsrooms;
• Public meetings; petitions and letters to politicians and public supporters on specific issues;
• Mass grievances at work where everyone puts in official complaints about problems facing journalists (the job crisis, wages, working hours and conditions);
• Short work break for the defence of quality in journalism or in commemoration of killed journalists;
• Action in support of our campaign in Turkey to release over 60 journalists in jail - the EFJ will be coordinating activities on this issue;

For the campaign to be as successful as last year and stand to its promises we need your full support and creative ideas!

Please keep the EFJ secretariat informed about your action day by sending us your planned campaigns, activities, projects, website, online petitions, etc. The EFJ will make this information available on the EFJ website as in previous years.

Please send all information about your activities to Marc Gruber or Renate Schroeder at efj@ifj.org

AUSTRIA
Gpa-djp: journalist must be able to work without pressure

The EFJ affiliate in Austria, gpa-djp, published a press release on 5 November focussing on the precarious working conditions in journalism and the deplorable wage conditions that were highlighted in the recently published handbook on freelances. Gpa-djp further draws the attention to the worrying developments in Hungary this year with regard to the new media law and the crisis in public broadcasting.(Read more)
BELGIUM:

On 4th November, the EFJ together with the Belgian Journalists' Association (AJP), the Flemish Association of Journalists (VVJ) and the Brussels based Journalists@Your Service will organise a roundtable discussion on working conditions of freelance journalists called "Freelance work does not mean ‘for free': Agenda for Round Table Discussion/Programme de la Table Ronde
AJP action Day

Read more (invitation is available in both English and French)

This year's "Stand up for journalism" in Croatia focused on the economic crisis and the precarious working conditions faced by journalists. On 5th November, the EFJ affiliate, the Trade Union of Croatian Journalists (TUCJ), conducted a poll among its members. It aimed to see their readiness to participate in an potential journalists' general strike due to the refusal of the media employers to sign a national collective agreement for journalists and media workers in Croatia. The TUCJ is still waiting for the complete results, but the preliminary reports show high response to the poll and high percentage of TUCJ members ready to go on a strike.

DENMARK
The Dansk Journalistforbund (DJ), the EFJ affiliate in Denmark, supports freelancers' rights and promotes the ‘Stand up for Journalism' campaign among their members. See on the homepage of the DJ: http://journalistforbundet.dk/Nyheder/2011/Oktober/EFJ-kampagne-for-freelancere/

For this year's Stand-Up for Journalism campaign, the Deutsche Journalistinnen- und Journalisten-Union (dju) in ver.di created a virtual "wall of complaints". Many freelancers took pictures of themselves and hold them in front of their faces with a document describing their precarious economic situation.
Every statement ends with the same sentence: Wir sind mehr wert! ("We are worth more!"). All the photos have been published on the dju's website, and more will come!!! (Read more)

The Deutscher Journalisten Verband (DJV) launches a campaign on "Einsatz Immer. Bezahlung: Mies. Freie Journalisten haben ein recht auf faire Honorare" (Always in action. Remuneration: deplorable. Freelance journalists have a right to fair payment.) Freelance journalists will wear T-shirts during the DJV Congress denouncing the situation and demanding fair payment to freelances. The DJV has put up the poster on a nuclear power plant making it visible all over Würzburg during the Congress.
FINLAND

To celebrate the Stand up for Journalism Day, the Journalists' Union organised in Helsinki a conference on 14th October discussing professional standards in journalism in Finland. The campaign was launched already in October this year to take advantage also of the 20 anniversary of the union foundation to promote journalistic culture. The event brought together 500 participants - including journalists, researchers, workers in the media sector and politicians- who joined 30 different panels and presentations on quality journalism.

The National Union of Journalists (NUJ), the EFJ affiliate in Great Britain and Ireland, will mark Stand Up for Journalism day by protesting against the BBC cuts programme (http://www.nuj.org.uk/innerPagenuj.html?docid=2270). The theme for this year's campaign is ‘Fight for our BBC'. On 4th November, union members are invited to join three various actions such as: write to your MP, take part in the BBC public consultation and get local support for the campaign.

On 8th November the Panhellenic Federation of Journalists' Union (PFJU) will organise a conference focused on the issue of "Public Media during the time of Crisis - News a public good". The PFJU has invited foreign speakers: IFJ President Jim Boumelha, FNSI President Roberto Natale, EFJ Steering Committee and SNJ-CGT Patrick Kamenka and Portugal Journalists Syndicate Fernando Valdez, who will contribute to the discussion about European Public Media.

In Spain, this year's "Stand up for journalism" focused on the crisis and the challenge faced by journalists. The EFJ affiliate, Federación de Asociaciones de la Prensa Española (FAPE), protested in Madrid , Sevilla Bilbao, Valencia and many other cities calling for more respect to journalism profession. Campaigns aiming to improve media standards and funding system for media were also launched. A series of issues including photojournalists' rights and children protection were also raised.

The EFJ affiliate in Turkey, Türkiye Gazeteciler Sendikası (TGS - Journalists' Union of Turkey) is planning three events to celebrate Stand Up for Journalism day.
Firstly, on 2nd November, 10 trade unions including TGS will organise a meeting with media workers and journalists in the south-eastern city Diyarbakır.

Then, the Freedom for Journalists Platform (FJP) consisting of 94 professional organizations including TGS, will make a press statement about the pressures on journalists, problems related to the press freedom and freedom of speech, and 66 journalists in Turkish jails.

And on 4th November TGS is also planning a demonstration at the Galatasaray square in Istanbul.

[The EFJ joined its affiliate in Turkey, the Turkish Union of Journalists in a call for the immediate release of 66 journalists jailed in Turkey. Read more about Set Turkish Journalists Free campaign:http://europe.ifj.org/en/pages/turkey-campaign-set-journalists-free] 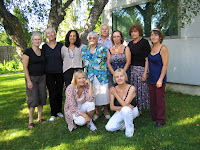