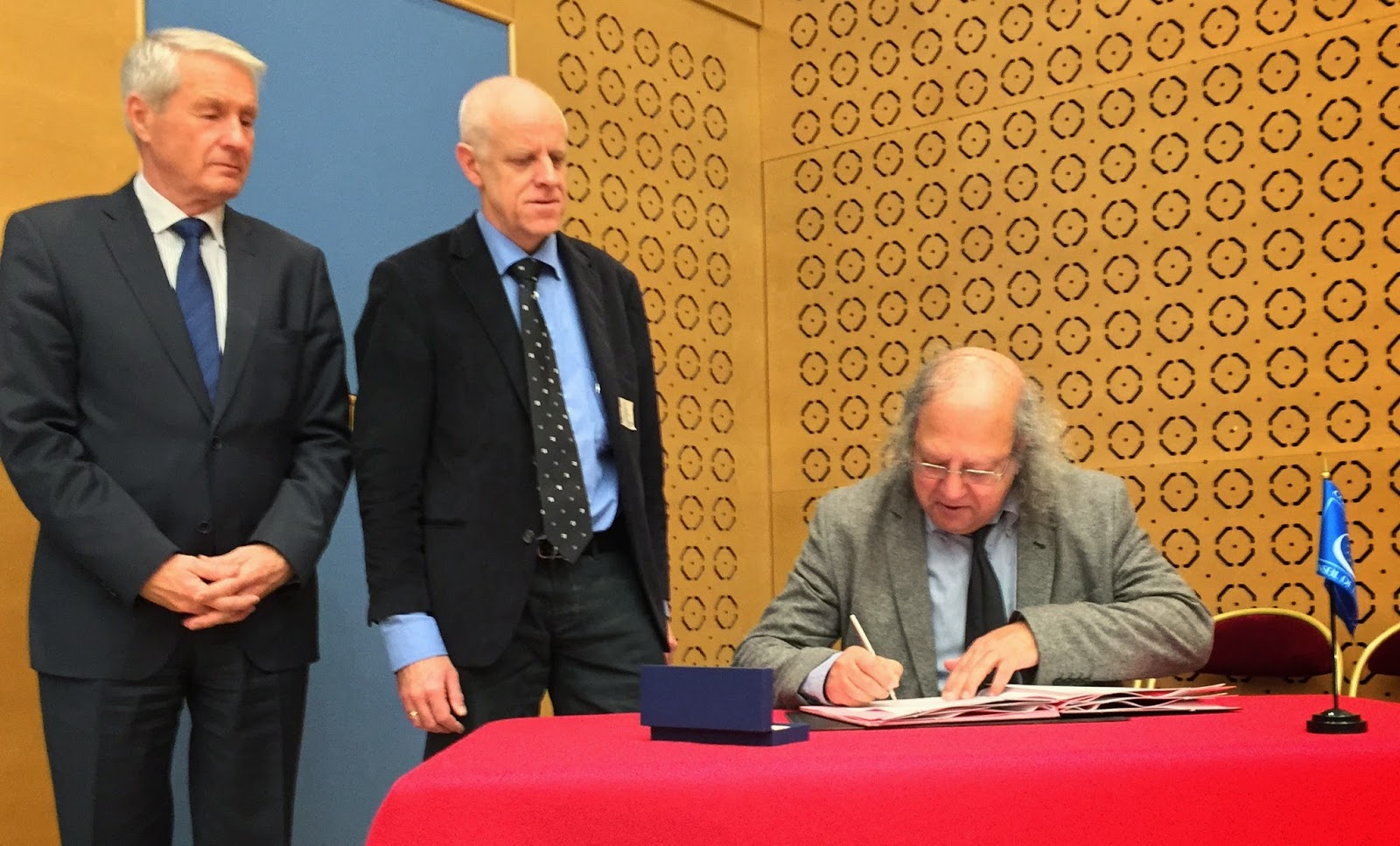 The event took place in a conference jointly organized by the Parliamentary Assembly of the Council of Europe (PACE) and the French Senate at the Palais du Luxembourg, in Paris.

"Politicians at the European Assembly in Europe have finally woken up to the plea of journalists under attack", said Jim Boumelha. "There is already ample information on the threats confronted by journalists every day. We welcome the council's online platform as a useful complement to what already exists and we will work with the council to develop it into an important rapid response mechanism."

Reporters Without Borders (RWB), Article 19 and the Association of European Journalists (AEJ) also signed the memorandum. The conference has involved many politicians, academic and editors from different media such as Le Monde, the BBC and The Economist, among others, who discussed about the risks and threats that journalists have to face nowadays.

"This platform is the first step to create a tool to react more swiftly and take action to enhance the safety of journalists", said the Secretary General of the Council of Europe, Thorbjorn Jagland, who signed the text on behalf of this institution.

The tool, which was launched yesterday, would allow trusted media freedom partner agencies to post "alerts" on a public, centralized online platform when individual journalists are in danger or their work is under threat - opening the way for swift reactions from international organizations which uphold media freedom standards, such as the Council of Europe, OSCE Media Freedom Representative, EU and UN.

Alerts would include factual information - vetted by the partners - on physical threats to journalists, bloggers or writers, as well as their sources, invasions of privacy or judicial intimidation of journalists through abusive use of laws on defamation, national security, or extremism. The platform would also show action taken by the Council of Europe in response, as well as regular reports and the comments of the member States concerned.